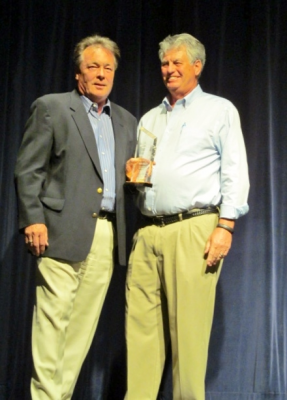 A native of Seattle, WA, Bob has been an active member for 10 years, the past two as President of the Club. During the past several years, Bob has led the Club in becoming a very active team of men and women supporting not only the Club, but others through many charity events. He initiated the Pinch Runners, a group of volunteers who support fellow club members in need and worked hard in creating an atmosphere of fun and sportsmanship throughout all club activities. Bob has stayed busy outside the club supporting youth sports programs in Surprise as well as support for the community of Sun City Grand. 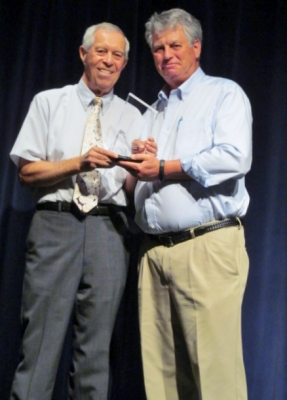 Bob was born in Ottawa, Canada, grew up in Hartford, Connecticut, and coached athletics at South Windsor High School in Connecticut for 35 years and 105 straight seasons. Bob has been a member of the Softball Club for 15 years. In that time he has managed over 40 teams and many travel tournament teams in SCG. Bob has further served the club as a league commissioner and chairman of the rating committee. Bob has also worked on the field maintenance team, and was the 2007 recipient of the James Hansen (President’s) Service Award. 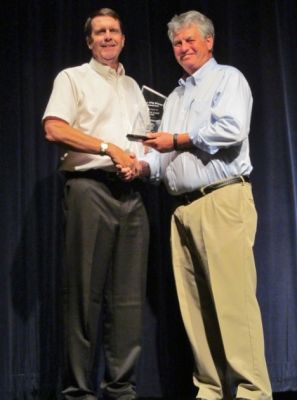 Roger retired in 2003 to SCG from Nebraska. Roger worked in the Telecommunication industry for 34 years with AT&T and retired in 2002. Roger has a Mechanical Engineering degree from the University of Nebraska and an MBA from Creighton University. Roger and Lori have been married for 44 years and have 3 children and 4 grandchildren. Since moving here in 2003, Roger has been active in the Softball Club (serving as President, among many roles), Nebraska Interest group, Pickleball Club, Golf league and has taught several courses on the history of TV in the decade of the 50’s here at Grand and RISE